Elaine and Raj speak about Syrah in a global context. Having frequently traveled to
European wine regions and California wine country, Rajat’s close ties with top producers,
regions, and wines will bring tremendous insight to the history and current state of Syrah in
California, and how that compares with other top wine regions around the world.

A trained chef, Rajat grew up in Calcutta, India, before journeying to the United States where he graduated from the Culinary Institute of America at Hyde Park. Rajat then traveled to San Francisco to work as a sommelier at top restaurants like Rubicon, Fifth Floor, and Michael Mina/The Mina Group. His winemaking projects including Sandhi and Domaine de la Côte in the Sta. Rita Hills with Sashi Moorman, located on the westernmost edge of the Sta. Rita Hills, and Evening Land Vineyards in the Eola-Amity Hills of Oregon. He is also collaborator on the award-winning books Secrets of the Sommeliers and The Sommelier’s Atlas of Taste. 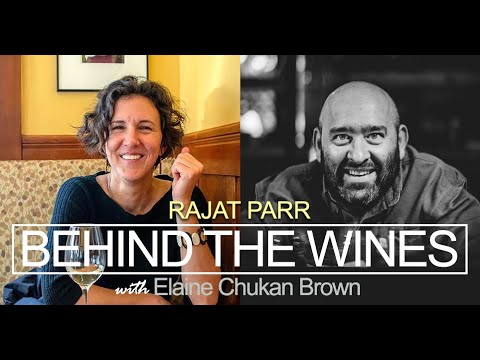