Wine writer and educator Elaine Chukan Brown speaks with Dan Petroski, winemaker at Larkmead in Napa Valley and for his own label, Massican.
Elaine and Dan look at the wide spectrum of styles Napa Valley has to offer: from classic Napa Cabernet house to the cool, new wave producer of high acid whites. The two also discuss Dan’s experimental vineyard at Larkmead, testing a mix of varieties from all over the world to see how they grow in the northern Napa Valley as part of his response to climate change.

Dan was born and raised in Brooklyn, NY and after university started his career in magazine publishing at Time, Inc. Dining with clients at Manhattan’s top restaurants led him to the world of wine. After interning Valle dell’Acate in Sicily, Dan traveled to California to work harvest at DuMOL in 2006 with Andy Smith, who then hired him as cellar master at Larkmead. The following year, Dan was promoted to assistant winemaker, and then winemaker in 2012. In 2009 Dan launched a white wine only brand called Massican, an ode to the Mediterranean. In 2017, he was named San Francisco Chronicle’s Winemaker of the Year. 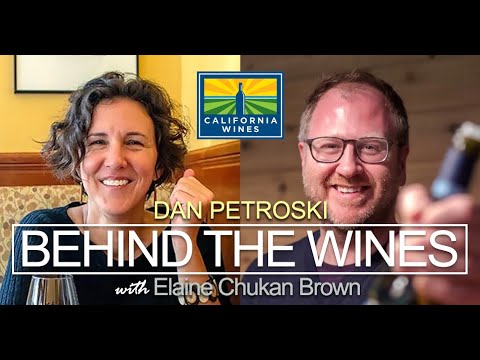